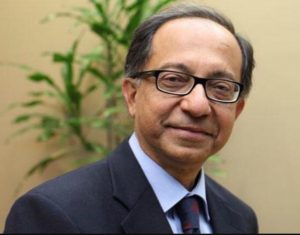 Dr. Kaushik Basu will be the conference keynote speaker on Friday November 16th.

Basu was Chief Economist of the World Bank from 2012 to 2016 and is currently the C. Marks Professor of International Studies and Professor of Economics at Cornell University. He began a three-year term as President of the International Economic Association in June 2017. From 2009 to 2012, Basu served as the Chief Economic Adviser to the Government of India. His research interests span development economics, welfare economics, game theory and industrial organization. As a policymaker, he was engaged in macro fiscal policymaking, multilateral policy coordination and development policy work in several continents.